The 2018 NBA finals series has again produced a raft of incredible moments, heated debates, controversies, last second victories and ridiculously impressive highlights… none of which we’re going to look at now. Instead, we'll focus on the design details of the Cleveland Cavaliers jersey numbers.

Why? Because they’re really good!

Jersey numbers serve the fundamental utilitarian purpose of identifying players on a score sheet. That aside, they also form a key part of a team's public brand; from broadcast, to stadium to merchandise.

Iconic British writer on design, Rick Poynor phrased it well in the 2007 Documentary, Helvetica. “Type is saying things to us all the time. Typefaces express a mood, an atmosphere. They give words a certain colouring.”

Jersey numbers are no different.

So, who wore it better?

Here’s a quick look at 4 iterations of Cleveland’s jersey design, as worn by LBJ from 2003 to 2018. Each jersey delivers an individual take of the Cavaliers brand via the cut, colour, pattern, trim, team logo, sponsor logo, name and of course… the numbers. 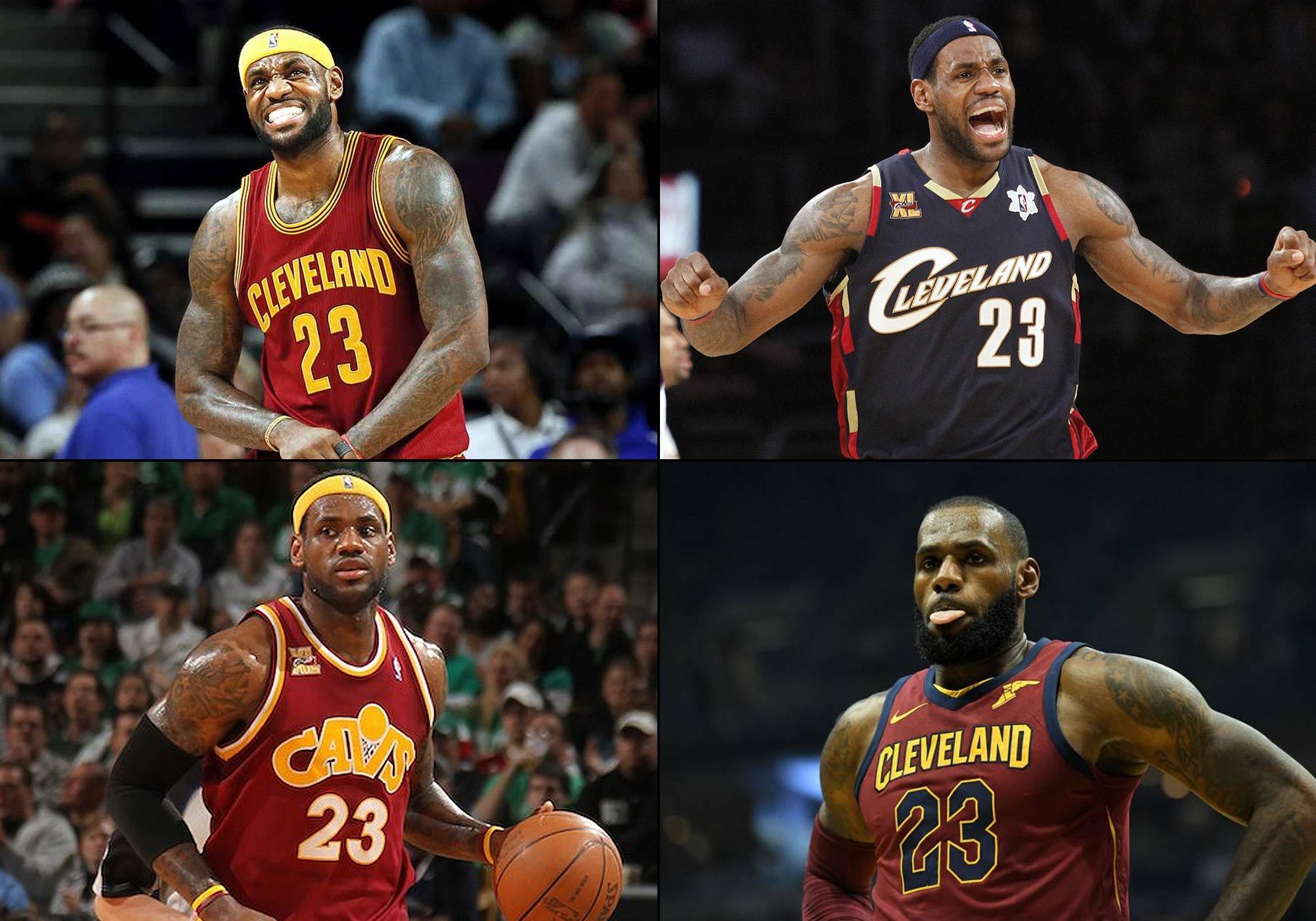 Let’s look closer at the 23

The 2018 incarnation of the Cavaliers ‘23’ employs bold rigid shapes; monolithic in form to deliver an outwardly confident tone. The sheer scale of the 23 coupled with distinct angular edges, demonstrate purpose and cause. The numbers are big, bold, blocky and immovable, they won’t be pushed around. All of which is in perfect correlation to the Cavs 2018 tagline ‘Defend the Land’. 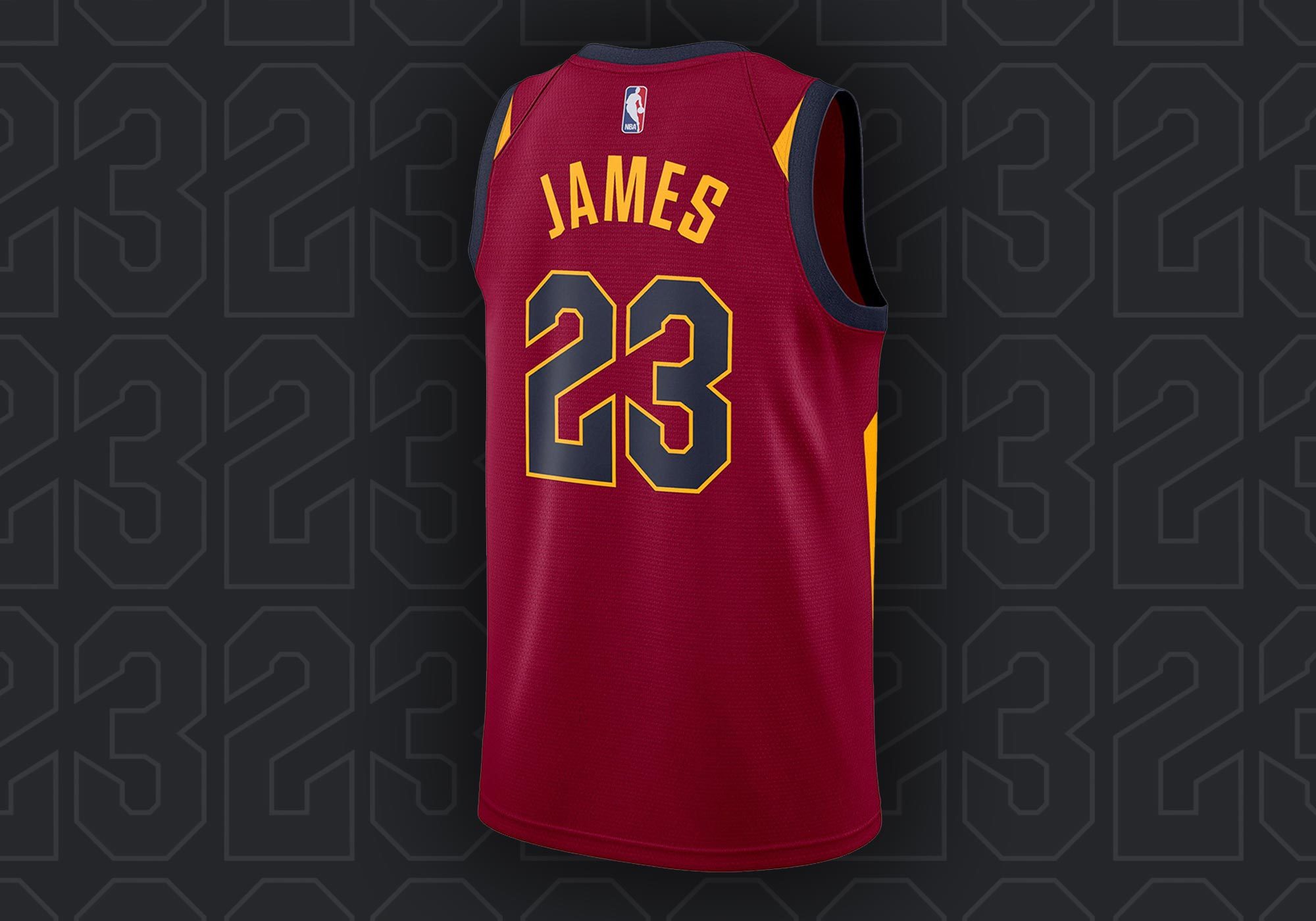 The art of expressive type.

Expressive typography is an art form in itself. Highly visual lettering forms it’s own mood via the crafting, detail, arrangement and connection of shapes. Paying attention to those shapes, and using them as a collective visual family, is an essential part of typography. Here are four great examples of beautifully expressive type, custom created for varied sporting applications. Each being equally unique, distinct and full of personality. 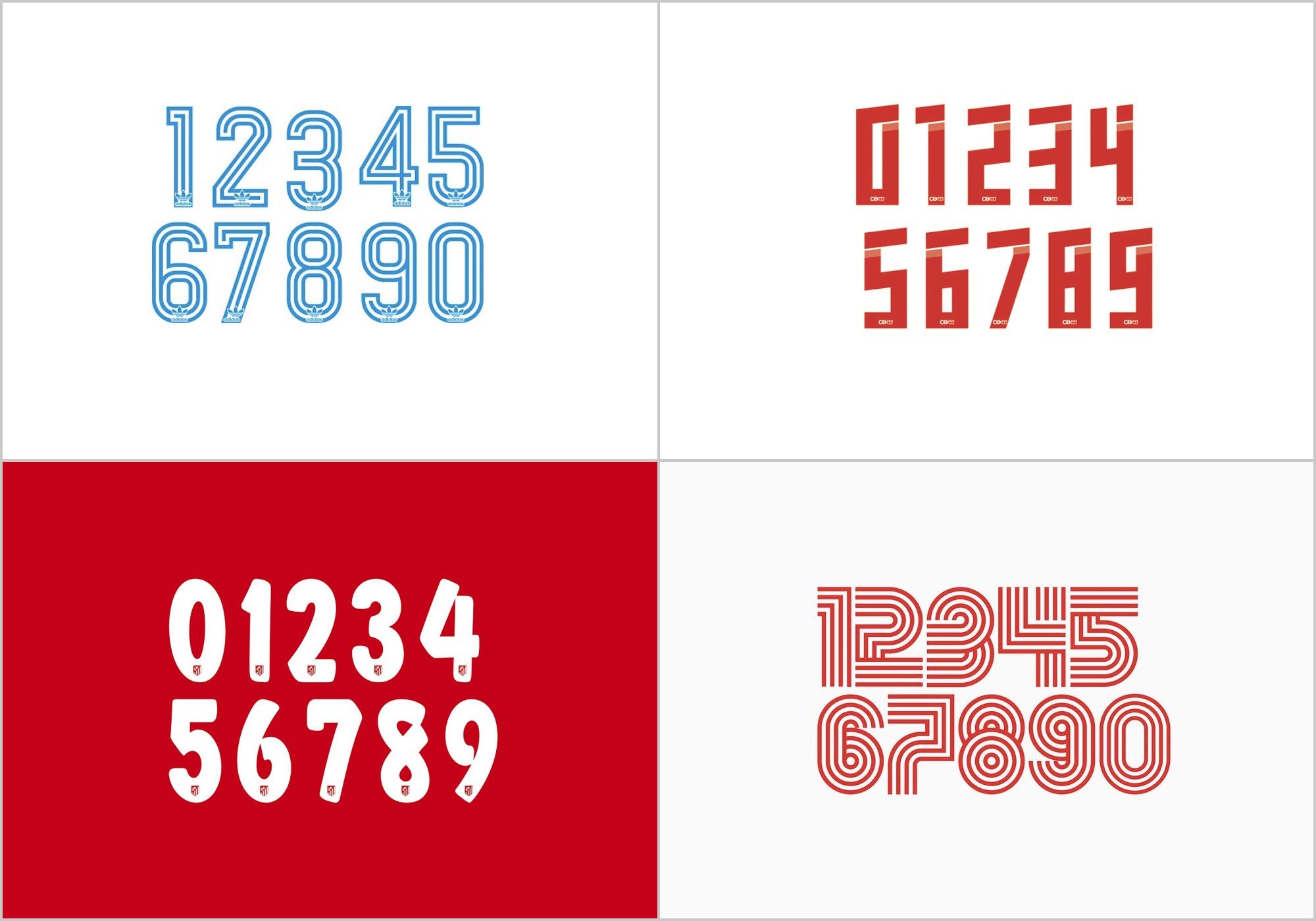 MotoGP's Valentino Rossi and his legendary number '46' is another important example. Every MotoGP world champion is entitled to use the number 1, but Rossi has never used that right. The typographic lock-up of the 4 and the 6 has essentially become his brand mark, featuring everywhere he and his legion of fans go. By owning the number 46 and the visual design of these two numbers, not only has great history for him but also will become his legacy.